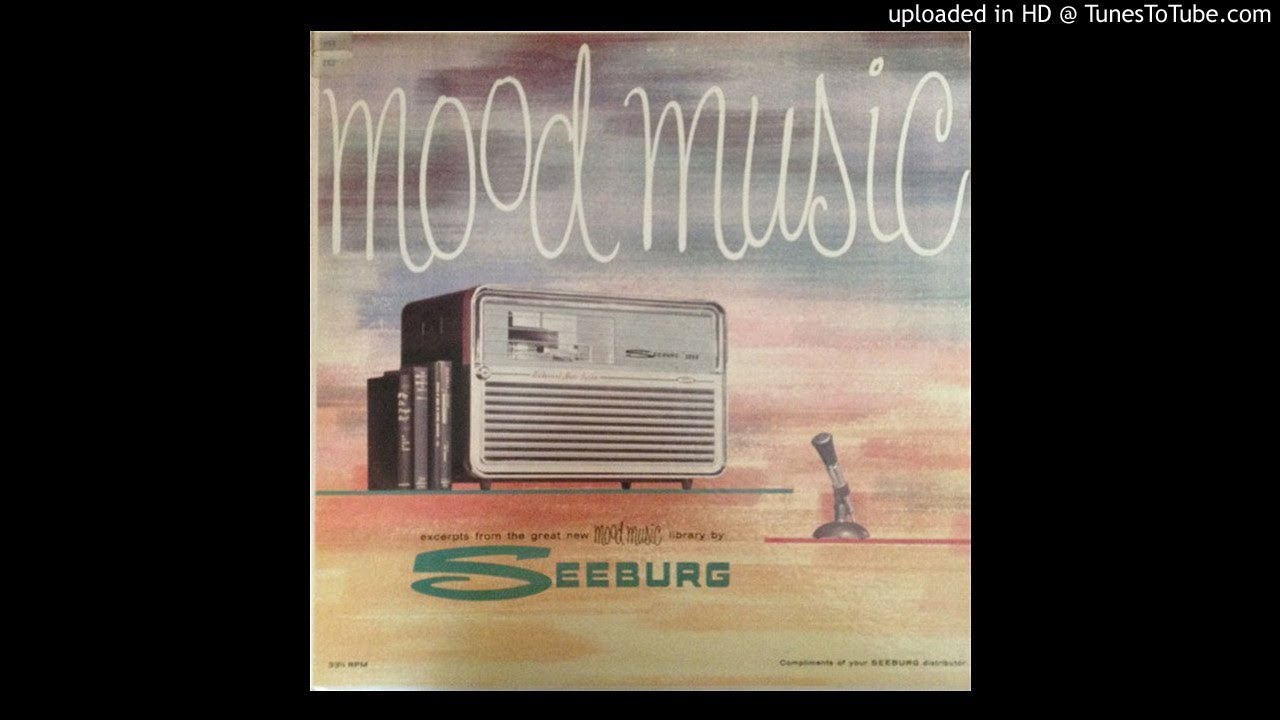 Seeburg put out their famous Seeburg 1000 background music system starting in 1959, lasting until 1986. This system utilized special background recordings pressed onto nine-inch, 16 2/3 rpm vinyl records, each with a two-inch center spindle hole. These were designed to be played on a special record player that could hold twenty-five records and play both sides before moving onto the next record in the stack, rotating through them in a cycle. The idea was that you would have heard at least 1000 tunes by the whole stack was completed. Given that the average side is about forty minutes long, eighty minutes per record, twenty-five was more than enough to go the entire day and some without repeat.

The records in each machine were initially rotated in sets of seven records quarterly, with the frequency of replacement sets decreasing to bi-annual replacement sets. The number of active records per Seeburg 1000 unit was bumped up to twenty-eight in the late 1960s.

Seeburg background records were issued on subscription, and all of them were supposed to be returned to Seeburg to be destroyed after they were rotated out. However, many of them still made it to the present, for they are akin to all those V-Discs from WW2, which were not supposed to survive past the war but are still around as a hot collector’s item. One can expect to pay around ten to twenty dollars per disk if one wishes to own one of these records these days.

There was a series of “libraries” that offered the subscriber various “flavors” of music. The Mood series was made for restaurants and upscale establishments; it was as lush and posh as possible. The Basic series was a little more upbeat but mostly made for shopping malls and supermarkets. The Industrial series was made for factories and was typically upbeat and rather varied; by the 1970s, there was Disco. Disco eventually made it into the mix on the Industrial and Basic (also known as Lifestyle after 1979) lines.

If you want to support this channel’s ability to produce new content directly, consider becoming a patron at today! As an incentive to become a Patron, in favor of the previous promise to stop running ads if I got five or more patrons on Patreon, I am now uploading exclusive downloadables of all new content as soon as I have prepared it. Thus, patrons are guaranteed to hear the complete albums seen on this channel before anyone on YouTube does.

In addition to Patreon, I have tried to increase revenue via ads. Still, YouTube is particular about what it considers a legitimate monetized view. Each one at best only generates a couple of cents a view; most views earn only a fraction of a cent. Given my average organic traffic is only a couple hundred views a day (as of June 2021), I am fortunate to earn fifty cents, if that, per day. Unfortunately, Google Adsense also has this annoying payment threshold of 100 dollars, so I only get payments of the money earned from ad revenue bi-annually, if that. Patreon patrons, along with periodic ad revenue payments, help me purchase more content and provides me, given my busy schedule as the primary breadwinner of a young family of four, some financial compensation for the hours that goes into transferring, cleaning up, and uploading content you see on this channel. A pledge of even a couple of dollars a month is the best thank you anyone can provide for my efforts.

I am also willing to sell my physical copies of the records I have digitized and uploaded onto YouTube. All records are priced at $1 each, plus the costs of shipping them media mail. The only exception is for the Seeburg 16 2/3 rpm releases, the market value for those is at least ten dollars apiece, and that is pretty much what I have to pay to get ahold of any these days. Also, I was forced to drastically purge my collection multiple times between Fall 2014 and Summer 2017, so there is a good chance for videos released before or during that time period for me to no longer possess that record in my physical personal collection to sell.

If you are listening to this, it is reasonably likely you or a loved one may be interested in genealogy or family history; if so, please consider a visit to www.myfamilygen.com today! This is the genealogy company that I run to get my family some extra cash and provide work for independent genealogical professionals that find the past interesting, just like you! I charge very modest fees for the services my company renders for our clients; you will be hard-pressed to find a better bargain. .